Where are they banning foam — and why?

Home/Uncategorized/Where are they banning foam — and why?
Previous Next 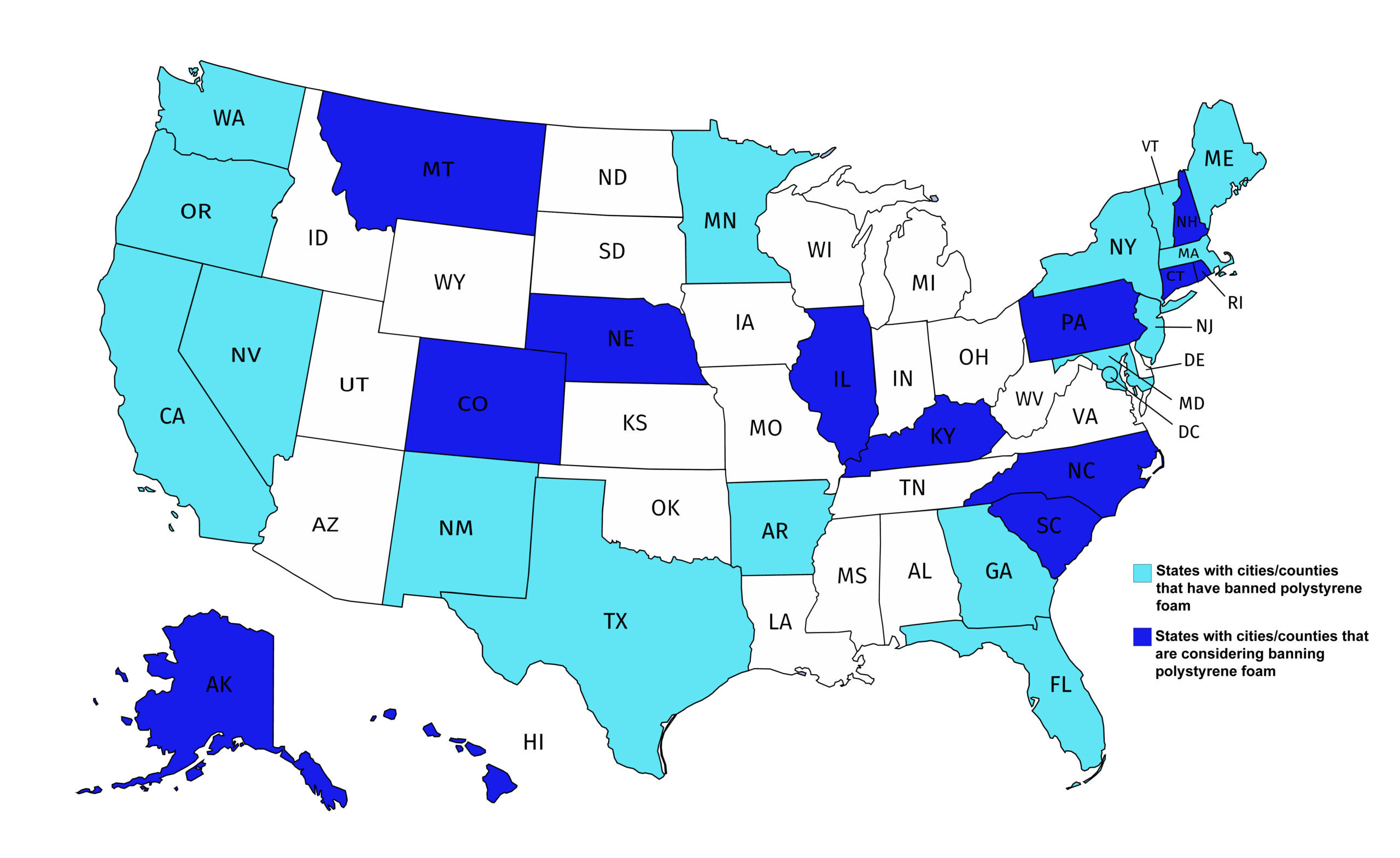 Did you know that the packaging industry represents one-third of all trash?

Did you know that foam food trays are key contributors to that trash?

For years, scientists have documented the harmful effects that foam has had on the environment. Not only is the production process abysmal for air quality, but the disposal of foam has an extremely detrimental effect on the earth. Since its creation, foam has been found everywhere it shouldn’t be – rivers, oceans, forests, etc. And even when it’s properly disposed of in landfills, it simply remains there. No one knows precisely how long it takes foam to decompose, but researchers say that it will take at least 500 years, if it decomposes at all. Foam products leach toxic chemicals as they spend decades sitting in landfills. Plus, foam breaks apart and can cause choking hazards for wildlife.

In addition to the environmental issues presented by foam, the material has also been known to cause health problems in humans. It’s considered to be a probable carcinogen and can increase the risk for leukemia and lymphoma.

Because of all this, many governments have been working to ban the use of foam. As the map indicates, cities and counties within sixteen states — and Washington, D.C. — have issued bans on foam. And another thirteen states have cities and counties considering just such a ban. In fact, polystyrene foam bans have passed in more than 200 cities and communities in the U.S. — and that number is expected to grow quickly and significantly. Meat/fish/seafood/produce trays made in whole or in any part with polystyrene are now banned in Sudbury, Mass. — even if the product was not purchased there.

These citywide and countywide bans on polystyrene — combined with consumer pressure and corporate commitment — are fueling the demand for eco-friendly packaging and accelerating the sustainability timelines of many organizations.

However, even though many in the industry saw the need for an eco-friendly packaging option for meat, poultry, produce, and seafood, the moist nature of the products precluded the use of the available options. That is, until Clearly Clean invented and patented the world’s first-ever rolled-over edge tray. Clearly Clean’s trays utilize PET, the same material used in recyclable water bottles, finally bringing a 100% recyclable, smooth-edge overwrap tray option to grocery stores, food processors, and packaging distributors. Thankfully, not all plastics are created equal; PET is easily recyclable, protects the product, maintains its structural integrity when moist, and allows companies and consumers to make informed and responsible decisions about their environment and their lives.

By Bridget Wallace|November 10th, 2020|Uncategorized|Comments Off on Where are they banning foam — and why?

About the Author: Bridget Wallace